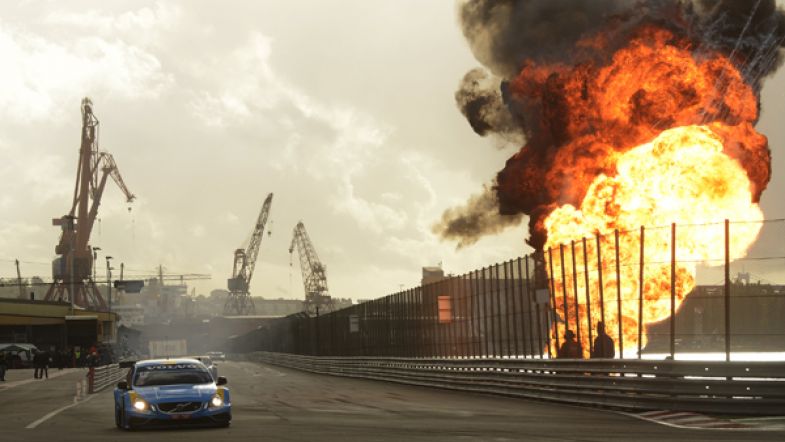 Thed Björk won the final TTA – Racing Elite League race of 2012 at Gothenburg City Arena. The Volvo driver headed the field from lights to flag.
“Wonderful! I controlled the race from start to finish, but I don’t know what the others did in the start as I just flew away from them. To end the season with a win is a true dream,” said Björk.

Daniel Haglöf crossed the line in second for his best ever TTA finish after passing Linus Ohlsson in the last part of the race.

Ohlsson was close to Björk early in the race, but dropped back and had to defend from newly crowned champion Fredrik Ekblom in the end. The Saab driver secured third and claimed second in the championship ahead of Björk.
“I didn’t think ahead of the season that we were going to be able to fight for the title. The silver medal in the championship is great, a big thanks to everyone in the team,” said Ohlsson.

Ekblom claimed the title already after the qualifying session thanks to his bonus point for third on the grid. The Volvo driver was emotional after crossing the line as fourth in the race.
“I had a hard time gathering my emotions after the qualifying session when we took the title. This has been one of my best titles and this season has been incredible. I haven’t been worse than fifth in a race, we have secured all three titles and I have claimed two wonderful titles. Volvo Polestar Racing has delivered on top level in all situations and I want to give the team a big thanks. We are the best!” said Ekblom.

The safety car was out once as Richard Göransson crashed on lap 18 after crashing in to the barriers when he had caught up with Robert Dahlgren for fifth. Göransson had collided with Tommy Rustad a couple of laps earlier, resulting in some damage on Göransson’s car and a spin for Rustad.