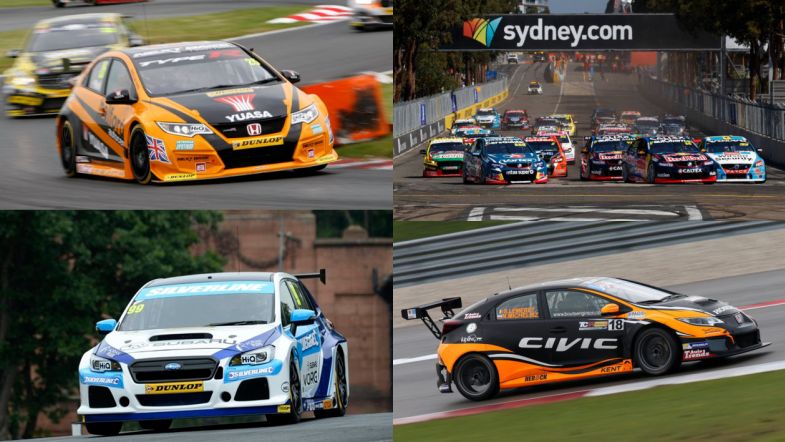 The touring car year of 2016 is almost at an end. Join us as we dive into the ten most read touring car articles of the year on TouringCarTimes.

The news on Team BMR planning to field six cars in the now mothballed B-TEC Development Series made it to the top ten of the most read news articles. BMR planned to field four Volkswagen CCs, on loan to Team BKR, but with the series canned, BKR ran two cars in the BTCC instead. Read more at the link below.

Number nine on our list was an unfortunate incident where a BTCC cameraman luckily escaped injury at the start of the third race of the weekend at Snetterton, in an incident involving Team BKR’s Mark Howard and Team Parker Racing’s Alex Martin.

The eighth most read article was the one of Subaru withdrawing from the BTCC race weekend at Thruxton on safety grounds. The team discovered further issues with the component that had caused James Cole’s dramatic retirement at the prior race at Donington Park.

The annual BTCC media day is a certain bet on our top ten list, this year making it to seventh position. Most attention during that day was of course on the much-anticipated Subaru Levorg estate of Team BMR.

The final round of the TCR Benelux made it to sixth position, where fan-favourite Norbert Michelisz managed to clinch the victory in an incident-packed race.

The first top five article features none other than fan’s love-him or hate-him favourite Jason Plato, who was awarded with two penalties after the BTCC races at Oulton Park. Plato was given a £500 fine and three penalty points for an incident with Eurotech Racing’s Daniel Lloyd. He was also given a reprimand after qualifying for leaving the track and not rejoining safely.

Just missing out on a podium finish was our recent and annual TouringCarTimes’ Top 30 drivers of 2016. The final top three saw drivers from the V8 Supercars and DTM, click on the link below to see who came out on top.

Our first podium finisher was Triple Eight boss Ian Harrison hitting out at driving standards following the incident packed round sixth of the BTCC season at Snetterton. ”…some of the guys who are out there are the moment just aren’t good enough – they should go off and do something else.” Read more in the link below.

Fan-favourite Norbert Michelisz and TCR Benelux managed to get two spots on the top ten list, here claiming number two with the Hungarian’s victory over another WTCC fan-favourite Tom Coronel at the Circuit TT Assen.

The most read article on TouringCarTimes of 2016 was the one on Honda factory squad Team Dynamics declaring that they could be forced to switch to rear-wheel drive in 2017. The controversial message came from Matt Neal who described the for 2016 new rival Subaru Levorg of Team BMR as the ”Frankenstein” of the current regulations.

Honda could switch to rear-wheel drive in 2017

We celebrated our 20th anniversary last year, making our site older than Google, and we have for the 21st straight year had increasing visitor statistics.

The entire staff of TouringCarTimes would like to extend a huge thanks to all of our readers and supporters, here is to an even stronger 2017!