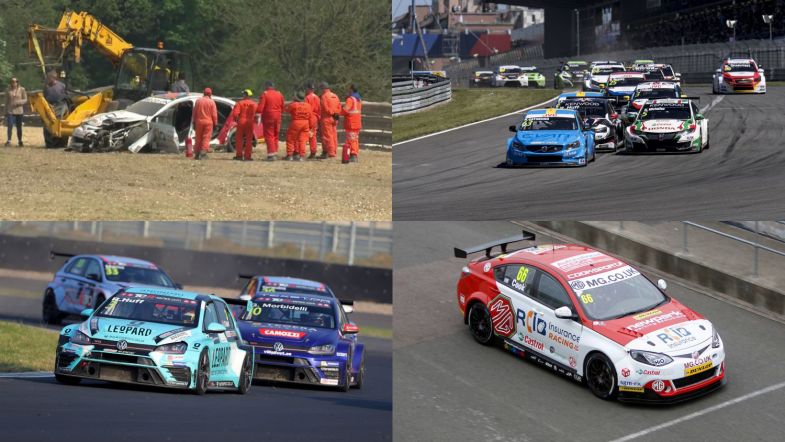 The touring car year of 2017 has almost come to an end and it is time to dive into the statistics of the ten most read touring car articles of the year at TouringCarTimes.

The article on new liveries being shown at the annual BTCC season launch has made it to more or less all of our top ten article lists and 2017 is no exception. Power Maxed Racing showed their livery for the first time at Donington Park, with West Surrey Racing, Team BMR and Team Dynamics also featuring new liveries for the season.

The new TCR specification Honda Civic drew a lot of attention, with Roberto Colciago’s track debut with the new car making it to the ninth most read article on TouringCarTimes during 2017.

Another position and another story about the new TCR Honda as the news of JAS Motorsport confirming development of the new car ahead of 2018 made it to eighth position.

New Honda Civic Type R TCR to be launched in 2018

One position forward and we are on the same topic on the formation of the WTCR as Neil Hudson analyses the situation of ”it’s a bit of “let’s try again” situation after an awkward divorce” as the sixth most read article of 2017.

We find one of the first stories of 2017 as we head into the top five with the announcement of Colin Turkington parting ways with Team BMR ahead of the 2017 BTCC season.

Even more popular than the actual confirmation of the WTCC and TCR International Series merging was the first reporting on the coming merger at the end of November, making it to fourth position, just outside of the podium.

WTCC and TCR series set to merge in 2018

The first podium position goes to the announcement of Josh Cook leaving Triple Eight ahead of the 2017 BTCC season. The 25-year-old revealed his plans for TouringCarTimes in February, a story placed third on the list of most read articles in 2017.

The second most read article of TouringCarTimes in 2017 is again about the controversial merger between the WTCC and TCR International Series, with Neil Hudson taking a deep dive into the details: ”I hope you’re sitting comfortably, because this is a long one.”

The number one most read article on TouringCarTimes in 2017 is perhaps not surprisingly about the BTCC and a controversy, with Matt Salisbury digging into the hotly debated Thruxton Church corner after a big accident during the third round of the BTCC season.

2017 was the 22nd year of TouringCarTimes delivering touring car news online and we have had another strong year on par with 2016 in terms of visitor numbers.

The staff of TouringCarTimes would like to extend a warm thank you to all of our supporters and readers, here is to an even more exciting 2018 touring car year!