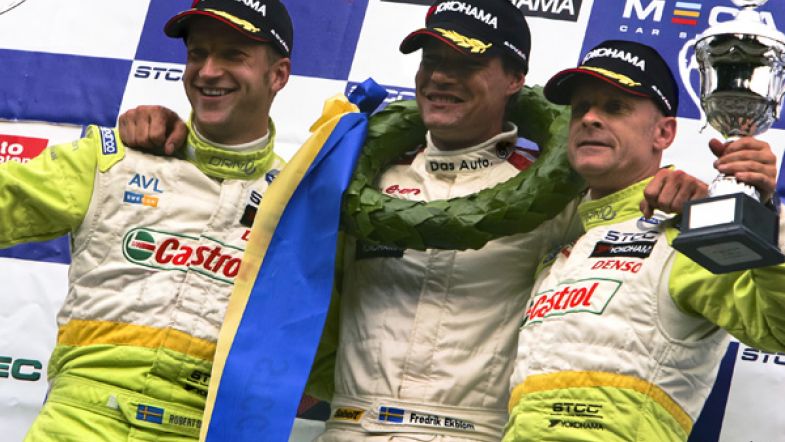 Triple STCC champion Fredrik Ekblom has signed a three-year contract with Volvo, with start in Swedish Racing League by TTA 2012.
“It is going to be great to work with Volvo Polestar Racing. To compete for Volvo with their vast experience and merits as a Swede feels incredibly inspiring,” said Ekblom.

Ekblom has taken part in the STCC for Volkswagen since 2009 and came two points shy of taking the title this year, something that could be changed though as Volkswagen has lodged an appeal on champion Rickard Rydell.

The Swede is going to drive one of Volvo’s four cars in the SRL by TTA next season. Ekblom is going to be involved in Volvo’s potential WTCC programme as well.
“We are extremely happy to sign Fredrik, he is a seriously fast and experienced driver. He will be a key part of our TTA programme, and above all, a strong asset in our potentially expanding international motorsports programme,” said Derek Crabb, Executive Director for Motorsport at Volvo Cars.

Ekblom is the third driver to be confirmed for SRL by TTA 2012 alongside Richard Göransson and Jan “Flash” Nilsson.