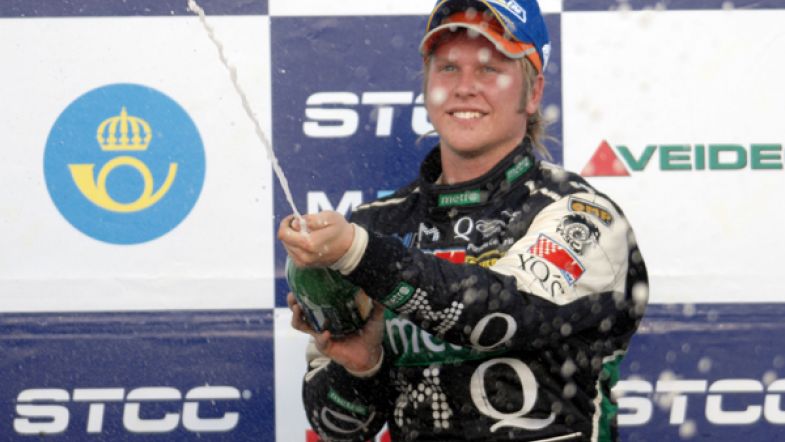 Alx Danielsson is going to take part in the TTA – Racing Elite League race at Anderstorp, driving a Citroën C5 TTA for Brovallen Design.
“It is nice to be back in the very top again. My main focus is back on my racing career and this is a good opportunity to get to test TTA,” said Danielsson.

The 31-year-old took part in the STCC last year with his own team, driving a SEAT León, but has for this year closed down Danielsson Motorsport. Danielsson took part in STCC support class Camaro Cup last weekend with 12th as result in the first race.
“I am not in top shape yet, neither physically nor mentally. I think I am going to learn the TTA car quickly, but the opposition is hard and the others in the series have had several test days and a race weekend. If I can be close to the fastest guy of our team, then I’ll be pleased,” said Danielsson who is aiming for full season in 2013.

Danielsson replaces Mark Miller who is unable to make the Anderstorp race, just as other Brovallen Design driver Jan Brunstedt is replaced by Markus Nordenström as he is racing in the Blancpain series. Brovallen Design team manager Tobias Johansson is pleased to have Danielsson onboard for the race at Anderstorp.
“Just have a look at his racing cv, it isn’t just anyone who wins the World Series by Renault. As he wants to go for his racing career again, the choise to take part in the TTA – Racing Elite Leauge is self-explanatory,” said Johansson.