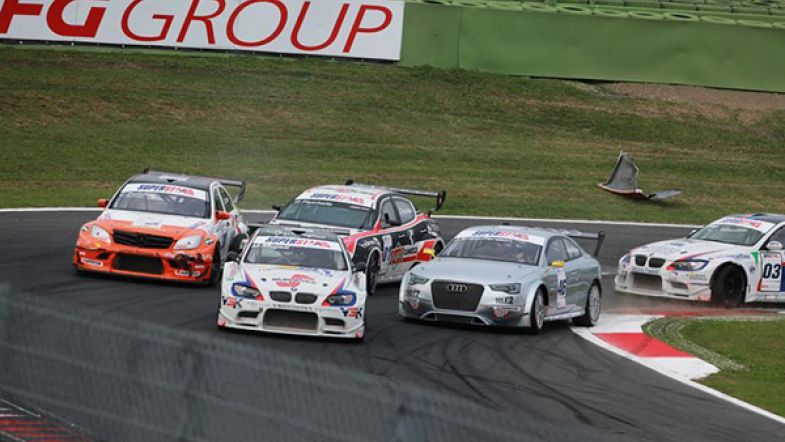 New EUROV8 SERIES to fill-in for Superstars in 2014

FG Group and Associazione Team ATT will run a slimmed down championship for the teams of the Superstars International Series in 2014, before PARE’s new SuperTouringSeries formula launches in 2015, with organiser ATT assuring 16 cars at each of the series’ six rounds.

Three rounds of the series will be held in Italy, at Monza, Vallelunga and Mugello. The remaining three will be held in the Czech Republic at Brno, and two in Germany at the Sachsenring and Hockenheim.

The teams have been assured more involvement of the management of the series, and will also take charge of the balance of performance, which has been a problem area for the previous Superstars Series in recent years with the balancing of the four-wheel drive Audi RS 5 and its rear-wheel drive competitors.

The goal of the series is to maintain a competitive field before Daniele Audetto’s PARE operation launches its SuperTouringSeries in 2015.

“The owners of cars designed for SUPERSTARS are looking forward to the 2014 Series with a lot of enthusiasm,” said Roberta Gremignani, of Associazione ATT. “The calendar is very well-balanced and the championship will be able to count on Maurizio Flammini’s marketing and communication expertise. We decided to form a consortium in order to guarantee the series’ technical balance and the participation of at least 16 cars to each one of the race meetings.”

Maurizio Flammini, boss of the Superstars Series, added: “Today’s announcement marks a new and important investment from FG GROUP, which is not re-using any previous assets but looks forward to the future with great confidence. Thanks to the work done by my partners we were able to craft a calendar with some great media and spectacular impact and a new marketing project that has all what it takes to become really successful at national and international level, also thanks to a TV coverage plan that will involve more than 190 countries in five continents.”