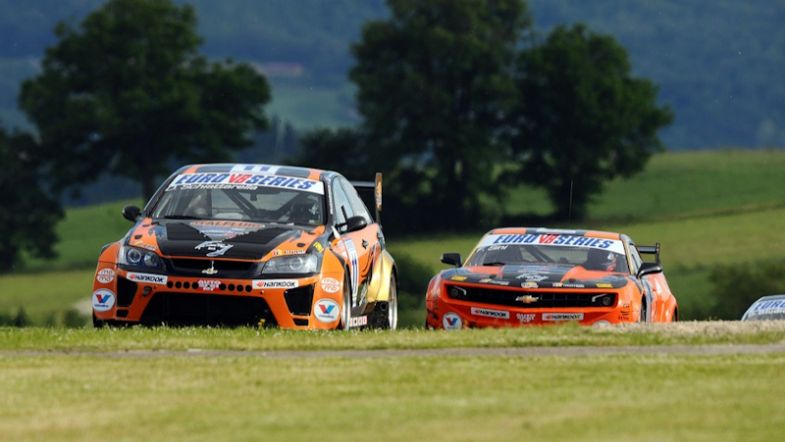 The 2013 Superstars International Series runner-up will join the field of the EUROV8 SERIES next weekend as the series heads to Germany for its fifth round on September 21st, partnering championship contender Francesco Sini at Solaris Motorsport.

33-year-old Berton will drive the team’s Chevrolet Lumina at the Sachsenring circuit as he makes his series return, driving the car which was driven by Domininco Schiattarella at Monza and Mugello earlier in the season.

The Italian driver had three Superstars Series wins last year at the wheel of the BMW M3 E92, but this year switched to the Italian Porsche Carrera Cup, as well as taking part in the Mobil 1 Supercup event at Monza, Italy.

Solaris steps back up to two cars for the final stretch of the season, as the Southern Italy-based squad ramps up its championship challenge, as Sini continues to chase down points leader Nicola Baldan, with the Roma Racing Team driver enjoying a 17 point lead heading into the two single-race rounds at the Sachsenring and the Hockenheimring.

“We know it will be very hard at the Sachsenring, said Sini, “We will be carrying 50kg of competition ballast. It’s a pretty heavy load although we will rely on the new dampers that we already tested at Magione with impressive results in terms of traction.”

A second Camaro is being completed by the team, which aims to enter the full season with two twin Chevrolets in 2015.

The Sachsenring and Hockenheim weekends will both feature a 35-minute single race, instead of the usual two-race format used during the first four meetings in Italy and the Czech Republic.