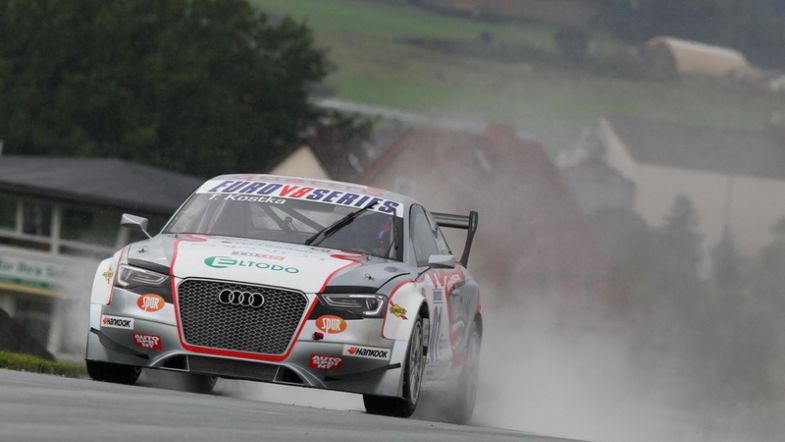 Audi Sport Italia driver Tomas Kostka has taken pole position for the penultimate round of the 2014 EUROV8 SERIES at the Sachsenring, leading his team-mate Emanuele Zonzini as the Audi RS 5s revelled in the damp conditions, with the Chevrolets of Francesco Sini and Giovanni Berton securing row two.

Czech driver Kostka’s pole is his third of the 2014 EUROV8 SERIES campaign, and puts him in prime position to capitalise and close in on Roma Racing Team driver Nicola Baldan’s championship lead in tomorrow’s single 35 minute race which gets underway at 14:05 CET.

Baldan qualified fifth fastest in his Mercedes-Benz C63 AMG, and leads the standings going into this round on 133 points, with Sini on 116 and Kostka on 113.