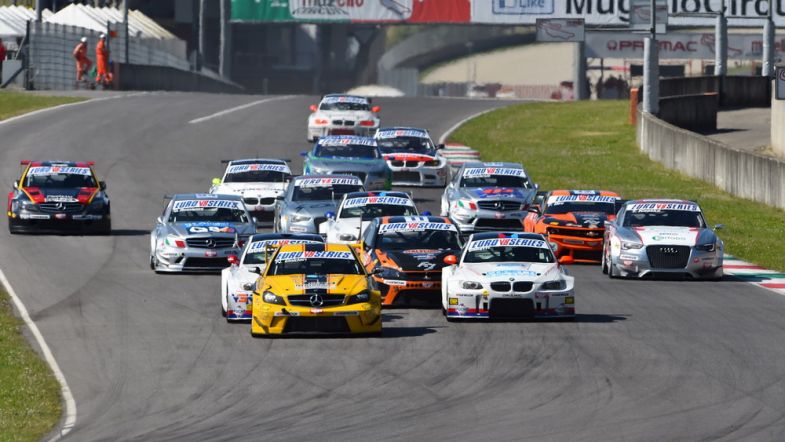 Superstars/EUROV8 SERIES set to close down

After just one season of activity, the EUROV8 SERIES could already be dead. Although there is no official word, rumour has it that the long-awaited SuperTouringSeries, which was due to replace the original Superstars Series, will not even start.

The plan was to provide a substantial financial backing to six to eight top teams with a proven racing pedigree to run at least one professional driver. The idea was also to have a ‘light’ class in the series with C-segment cars.

After announcing the new format would be effective as of 2014 within the preceding Superstars International Series, the promoter’s owner Maurizio Flammini shockingly announced the company which was organizing the championship, SWR, had closed down.

A few weeks later in December, 2013, former Super Aguri and HRT F1 managing director Daniele Audetto announced a new series would take over, with the new name of SuperTouringSeries. It featured the concept of the original idea Flammini had for the 2014 season. Named CEO of Pan Asia Racing Enterprise Ltd., based in London, the Italian manager announced just under a month later that plans were to be deferred to 2015, citing the sudden change of ownership of the series as the main issue, as well as new models coming up to replace the current ones.

In the interim, the old Superstars Series cars were used to create the EUROV8 SERIES, a spin-off which featured Superstars Series’ veteran Francesco Sini and his Chevrolet Camaro, and former DTM driver Tomas Kostka in Audi Sport Italia’s RS 5, taking over from WTCC-bound Gianni Morbidelli. Eddie Cheever Jr also started the season in a Mercedes C63 AMG Coupé, dominating the opening round at Monza, only to never show up again and leave Mercedes’ charge in the hands of rookie Nicola Baldan, who went on to be a title challenger.

Despite some highlights, such as the final two laps in Vallelunga when all three Audis spectacularly fought for the win in Race 2, and the breath-taking season finale, the Hockenheim round of the EUROV8 SERIES seems to have been the final chapter of European V8s.

There are signs saying the series will not be run again. After a successful debut for the Solaris Motorsport-run SaReNi Camaro in the Italian GT Series, the team who ran the 2014 champion Francesco Sini has announced a long-term GT project, taking on a Chevrolet Corvette with an agreement to receive the 2016 version of the American muscle car, the C07 GT3.

At the same time, the team announced it was available to run a customer program with the EUROV8 Chevrolets. Lately it has been announced that a tweak in the 2015 technical rules of the Campionato Italiano Turismo Endurance (CITE), a national touring car series, will allow both the Camaro and the Lumina to be run within the championship, although with a different engine to the current V8.

Some promoters in Italy are said to be looking into the possibility of organizing a completely new series based on the ex-Superstars cars, although it seems more likely that they may be run as a class in already-existing championships.

The way things stand, Francesco Sini may have been the last Superstars/EUROV8 champion.