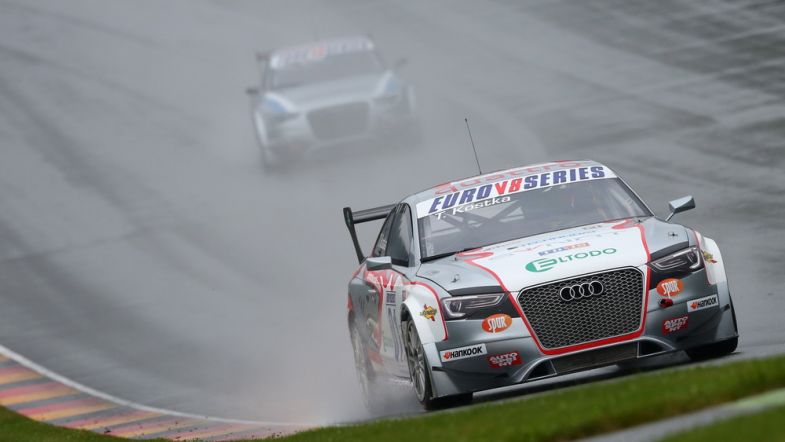 Kostka dominated the session as soon as he set a lap time. With that benchmark, Sini and Berton were the most serious threats to the pole sitter’s place. Despite some good use of qualifying strategy, the best lap came late in the session for Sini, who lost out on his rival by less than four tenths. Kostka improved his laptime over the line, just like team-mate Zonzini, who demoted Solaris Motorsport’s Giovanni Berton to fourth.

Just behind Berton, BMW Dinamic’s Max Mugelli came fifth in his M3 E92. Title contender Nicola Baldan went no further than sixth after throttle issues in Free Practice 1 and an alternator problem in Free Practice 2 prevented him from getting much mileage on the Hockenheim track with the Mercedes C63 AMG Coupé. CAAL Racing’s Diego Romanini will start from seventh in his sedan version of the C63, partnered on the fourth row by Niccolò Mercatali’s BMW.

The fifth row will be occupied by CAAL Racing’s Leonardo Baccarelli and series returnee Giampiero Pindari, making it two Mercedes-BMW rows. Ermanno Dionisio failed to set a time in his RS 5, whereas Roma Racing Team’s Nico Caldarola did not even make an installation lap.

Next up for the EUROV8 Series is the 15 minute Warm Up session, scheduled for tomorrow at 9.30 CET. The title decider will start at 14.05 CET.