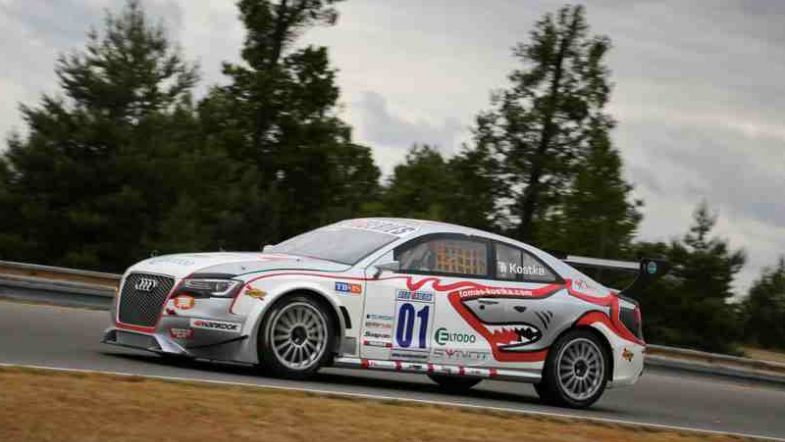 Tomas Kostka won the first race at Brno, his home track. The Audi Sport Italia driver lost the lead at the start, but took it back shortly after and never left it. Francesco Sini’s Chevrolet Camaro was able to fend off all the efforts of Nicola Baldan and his Roma Racing Mercedes C63 AMG Coupé put into taking second spot from him.

At the start it was Sini who took the lead away from Kostka, followed closely by Nicola Baldan. Kostka seemed to have the edge over his opponents, however, so the Czech driver went past Baldan and Sini quite quickly and flew on to a race win. The other Audi RS 5 driven by Emanuele Zonzini had an unfortunate mechanical problem during the first lap and took a potential protagonist out of the race.

An entertaining fight between Francesco Sini and Nicola Baldan for second lasted for the whole race, as the hard but fair battle saw the Chevrolet driver defending really well and ultimately taking the second, with Baldan settling for third.

There was a fierce battle for fourth as well, with Maurizio Copetti leading the Team BMW Dinamic trio followed by Max Mugelli and Niccolò Mercatali. Audi driver Ermanno Dionisio, who has struggled with understeer for the whole weekend, was seventh after an interesting battle with Diego Romanini, who finished in eighth and will start from pole position in Race 2 in his CAAL Racing Mercedes.

Next up for the EUROV8 Series is the last Race 2 of the championship, starting at 15.15 CET.