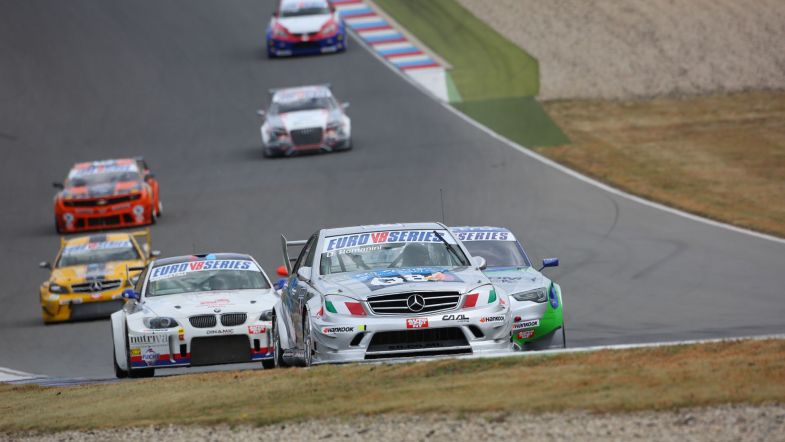 How is the reborn EUROV8 Series doing mid-season?

The EUROV8 Series was born late last year to host the cars eligible for the now-defunct Superstars Series. The powerful European V8 machines competed last year in the hands of drivers such as Gianni Morbidelli, Vitantonio Liuzzi, Thomas Biagi and Giovanni Berton, who all left the championship at the end of last year ahead of the major shakeup of the European V8 scene.

With a new series coming up in 2015 it appeared that the EUROV8 would be a low-quality stand-in for the Superstars Series ahead of the SuperTouringSeries, which is scheduled to take off next season. With the works Mercedes team no longer on the grid, a reduced number of events and a grid shy of drivers such as Liuzzi, Morbidelli and many more, it was legitimate to fear the whole series would not be as exciting as it was before.

Those fears, however, proved to be wrong. Despite some criticism, the series boasts a former DTM driver such as Tomas Kostka in his Audi RS 5, Francesco Sini who is experienced and quick and brought his Chevrolet Camaro up there with the bigger works teams last year, and touring car rising star Nicola Baldan, who currently leads the championship in his Mercedes C63 AMG Coupè.

There are clearly some issues concerning the size of the grid. Despite assuring the presence of at least sixteen cars at each event, the race in Czech Republic at Brno only saw twelve cars on the grid. The lack of entries should be fixed by next year, as promised by PARE Ltd and its CEO Daniele Audetto. The new promoter is in charge of bringing an ill championship back to its original health before expanding even further.

That said, what do fans want? More than huge grids, spectators want action on track and good drivers sitting in beautiful cars. Those ingredients are all still there in the EUROV8 Series. 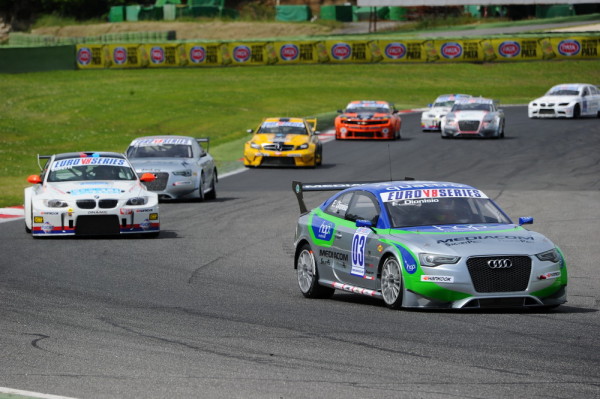 The second race of the season, held at Vallelunga, is a good benchmark to compare the EUROV8 Series with its predecessor.

Last year the track hosted the last race of the season, and Giovanni Berton took a surprising pole position in his BMW M3, ahead of champion-to-be Gianni Morbidelli’s Audi RS 5. Morbidelli went on to the FIA World Touring Car Championship and scored the first – and so far only – non-Citroën win of the year at the Hungaroring.

Taking a close look at the lap times you can see how the level of the field hasn’t changed as much as one would believe. Tomas Kostka’s lap time of 1:41.188 earned him his maiden pole position in the series. Gianni Morbidelli came second in the same car, lapping the track in 1:41.300 in qualifying.

Although the different weather conditions should not be underestimated, it is clear that this year’s championship contending Audi driver is not too far from his predecessor, also taking into account Kostka’s lack of experience at Vallelunga.

In this scenario, knowing that the front runners are not far from their Superstars Series counterparts, series rookie Nicola Baldan can take pride in his lead and his advantage of seventeen points over Francesco Sini.

If the Mercedes driver proves to be as quick and consistent as he has been so far, the fact alone that a rising star in the touring car scene has been brought to international attention would be enough to make the championship interesting. Looking into it, there is a perfect mix up there in the standings.

We have the series rookie leading against all odds, a veteran such as Francesco Sini chasing the Mercedes and a driver with international experience such as Tomas Kostka adding even more taste in the recipe. Three BMW drivers are fighting against the ageing M3s, but are still capable of giving us a good show and nice performances.

Speaking of the show, one can’t help mentioning the epic last two laps we had at Vallelunga, where the three Audi RS 5s battled it out in a hard but fair way, thrilling the crowds at the track. Tomas Kostka was making up for an unlucky Race 1, team-mate Davide Stancheris was leading but struggling and Ermanno Dionisio was right on his tail. The subsequent battle was probably one of the most exciting touring car finishes ever, with Kostka winning ahead of Stancheris and Dionisio and the #2 Audi litterally sliding everywhere as the driver tried to squeeze everything out of it until the very last yard. 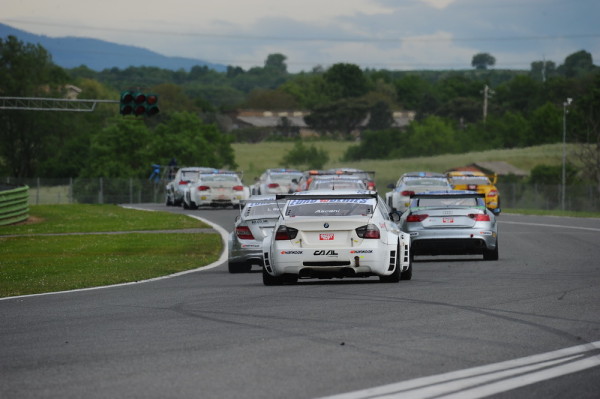 Would it be better if we had a larger grid? Of course it would. The variety of cars and manufacturers was always one of the key features of the championship back in the Superstars days. The grid used to feature great cars such as the title-winning Maserati Quattroporte and the Porsche Panamera famously driven by Fabrizio Giovanardi, now in the British Touring Car Championship. Jaguar also left the grid, and Mercedes are only represented by non-works teams as opposed to the manufacturer-backed Romeo Ferraris team we had in 2014.

The series needs to make up for that next year, provided the new promoter will go ahead with his plans, which include international teams – and therefore more manufacturers – and financial backing for six-eight teams.

The promoter will choose the teams who will receive help by their racing pedigree, and each of them will have at least one professional driver in the car. This should raise the bar even further and bring the big names in alongside the show.

There are still two races left, both to be held in Germany, at Sachsenring and Hockenheim, as the series enjoys a massive three-months break from Brno (June, 22nd) to Sachsenring (September, 21st), and will feature a single, longer race for the first time. The new format is due to be used by the SuperTouringSeries for all races next year, in order to make live television broadcast easier.

The ingredients for the show are all there, and fans will only have to wait for the last two races in Germany to find out who will be crowned champion, hoping the upcoming events will be as exciting as the four races we saw so far.